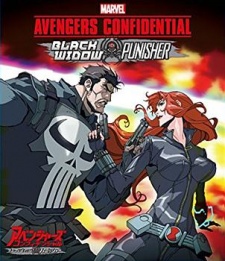 Plot Summary: After interfering with a top secret mission, the Punisher is taken into custody by S.H.I.E.L.D. Agent and Avenger, Black Widow. At the orders of Director Nick Fury, Punisher and Black Widow are sent on a mission to stop Leviathan, a global terrorist organization that plans to sell stolen S.H.I.E.L.D. technology to the highest bidder. Now, the vigilante and spy must work together to prevent this technology from falling into the wrong hands. The fate of the world, and of the Avengers, hangs in the balance. The Japan Blu-ray/DVD release date is September 3rd, 2014.