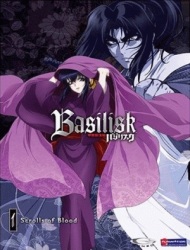 Plot Summary: The year is 1614 AD. Two warring ninja clans, each supporting a son of Hidetada Tokugawa as the next shogun, send ten representatives each to fight to the death for the possession of a scroll. The prize: the annihilation of the other and the staunch support of the Tokugawa government for the winning clan for the next thousand years.