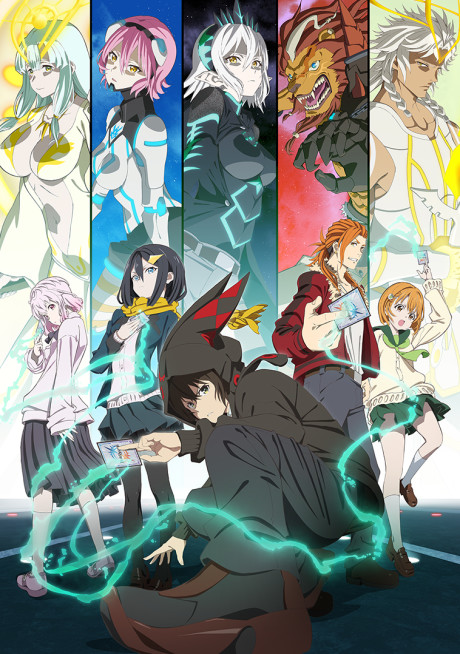 Plot Summary: "I can see it. The way I can win..." "This time I will beat him. So come at me again... accept! 'Bloom, gambler of souls!'" In New Kyoto, a city governed by the "King," one's worth is determined by his or her strength in the Build Divide trading card game. Rumors swirl about New Kyoto and its King. "If you defeat the King in Build Divide, any wish will be fulfilled." And in order to challenge the King, one must participate in the TCG battle known as Rebuild, and the "Key" must be completed. Everyone has a wish they long to have fulfilled. Teruto Kurabe, a boy who vows to take down the King, and Sakura Banka, the mysterious girl who guides him, throw themselves into the Rebuild battle. With New Kyoto as the stage, the curtain rises and the battle begins for Teruto and his friends!