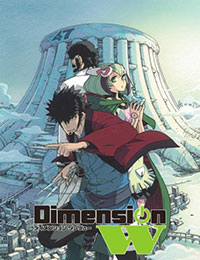 Plot Summary: In the not-so-distant future, humans have done the impossible and found a seemingly infinite source of energy. By tapping into the newly discovered fourth plane, Dimension W, they are able to harness that energy using "coils." By 2071, manufacture of coils have come to be monopolized by the New Tesla energy company, which led to the appearance of unofficial, non-Tesla coils manufactured by private companies. Collectors are hired to confiscate these illegal coils for a bounty. Kyouma is one such Collector. He dislikes all coils to the degree where he doesn't even use them in his daily life. On one coil-collecting mission, he bumps into a robot girl powered entirely by coils, and they enter into a hesitant partnership in order to achieve their goals.