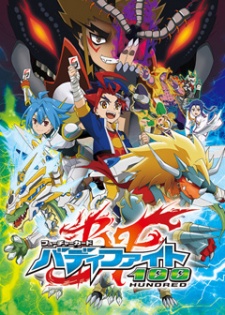 Plot Summary: While Tasuku is off training and getting rest in the world of the monsters, the Buddy Police sees the need to deputize some of the champions to help protect the Earth. Gao, Tetsuya, and Zanya Kisaragi are among those deputized, and it's just in time. A new enemy arrives, Ikazuchi, with the deadly 100 demons, all rogue monsters. Now the new trainees and the Great 8 monsters must fight to protect Earth from being consumed by these new rogues.