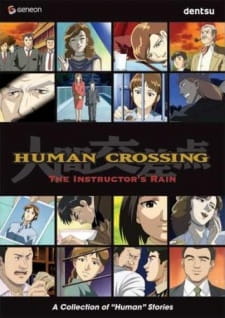 Plot Summary: Though seemingly unconnected, the characters in HUMAN CROSSING all have something in common. They are dealing with the sometimes joyous, but often horrific realities of everyday life. Set in modern day Japan, this compilation of short stories explores the lives of people from all walks of life. The animation used here is subtle, with realistic renderings that fully express the range of emotions experienced by the film`s characters. HUMAN CROSSING taps into the dramatic potential of reality, focusing on the isolated, sometimes lonely nature of urban life. Ultimately, however, the film suggests that perhaps there is an inter-connectedness between people that binds even the most disparate strangers together.