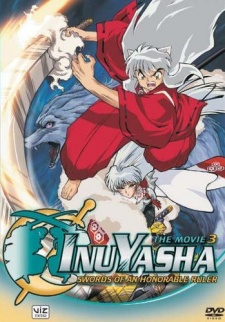 InuYasha the Movie 3: Swords of an Honorable Ruler (Dub)

Plot Summary: Izayoi and Inu no Taishou, Inuyasha's parents, are having problems with a human named Setsuna no Takemaru. Sou'unga a magical sword that has been sealed away for 700 years is found. Now everyone is after the sword and its powers but it seems the sword has something else in mind.

Other name: Inu Yasha: Tenka Hadou no Ken, InuYasha: The Sword of the World Conquest, The Sword That Rules Over the Empires

InuYasha the Movie 3: Swords of an Honorable Ruler (Dub)