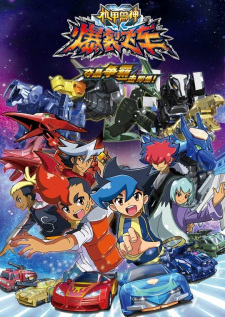 Plot Summary: Bang! One day, the Universe exploded! The explosion produced a number of light crystals which scattered in the Earth and became energy coins. Some energy life entities also came to the Earth and existed as mini cars to chase light crystals. Once those mini cars grasped light crystals, they would return to their original forms. A group of evil attempted to plot against the Earth with the super power of light crystals. To protect the Earth, the righteous kids Hawley, Kinson and Yolan help the mini cars of the justice side to collect energy coins. Armed with Eagle Car and Dragon Car, the two brothers are ready to fight against the Commander-K leaded evil force. The war is on…