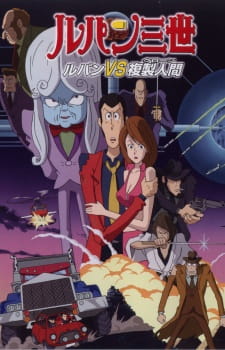 Plot Summary: Lupin, the master thief/spy/Jack of all Trades, has been executed, but he is still alive, and not even Lupin himself knows how that is possible. While trying to figure out, however, he and his gang are thrust into a conspiracy involving clones, Lupin's un-trustworthy rival Fujiko, and a miniature madman's plot to take over the world.

Other name: Lupin III: The Secret of Mamo, ルパンvs複製人間