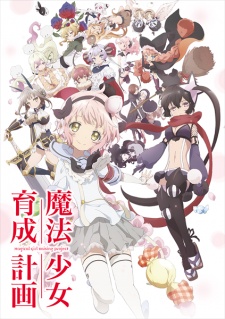 Plot Summary: The highly popular social network game "Magical Girl Raising Project" is a miraculous game that produces real Magical Girls with a chance of 1 in 10000 for each person. Girls who are lucky enough to gain the power of magic spend fulfilling days. But one day, the administration arbitrarily announces that "There are too many magical girls so they will be halved." The curtain will now be raised on the relentless and merciless survival game between 16 magical girls.