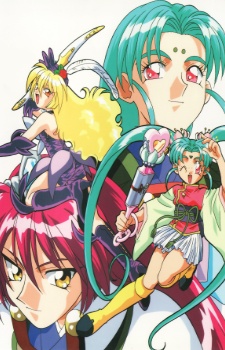 Plot Summary: Sasami's always been kind of neat... but now she's been imbibed with a healthy dose of magic (which she plans to use to right the things wrong with the Earth, and, of course, help keep her brother Tenchi out of trouble). Naturally, there's going to be trouble: this time, it's the mysterious Pixy Misa... and Ryoko going at it against Ayeka (as usual) isn't making things any easier for her! (Source: AnimeNfo)