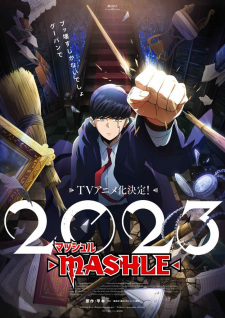 Plot Summary: To everyone else in his magic-dominated world, the young and powerless Mash Burnedead is a threat to the gene pool and must be purged. Living secretly in the forest, he spends every day training his body, building muscles strong enough to compete with magic itself! However, upon having his identity exposed and his peaceful life threatened, Mash begins his journey to becoming a "Divine Visionary," a role so powerful that society would have no choice but to accept his existence. And so, in order to maintain his peaceful life, the magicless Mash enrolls in the prestigious Easton Magic Academy, competing against the children of some of the most powerful and elite in the realm. Lacking the very skill needed to survive at Easton, magic, Mash appears to already be at a disadvantage to his fellow classmates. In order to achieve his goals, Mash will have to fight his way through every trial using his fists alone, overcoming magic with muscles, all for the illustrious title of Divine Visionary!