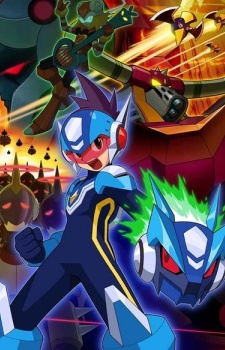 Plot Summary: In the year 220X, the world has advanced toward radio-wave technology, and the world is connected through the Wave Road. Meet Subaru Hoshikawa, a fifth-grade student who lost his father in a space accident. Subaru meets an extraterrestrial radio-wave being named War-Rock, descending from a distant FM planet. War-Rock claims to know about Subaru's father, but many alien beings are after War-Rock. The two work together and merge into Rockman, a radio-wave human capable of traversing the Wave Road and battling the radio-wave viruses and FMs that threaten the Earth.