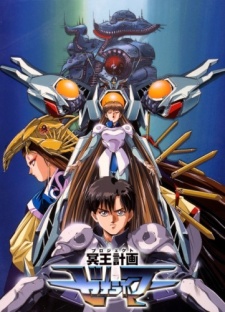 Plot Summary: A young man named Akitsu Masato is captured by a secret govt. project known as "Last Guardian". He is told that his life as a normal student was all a lie, and that his real destiny is to be the pilot of a great robot called "Zeorymer of the Heavens". The truth of this is hammered in when Masato sees his parents accept payment for raising him. The Last Guardian is preparing for the resurrection of "Hau Dragon", an organization bent on world conquest. 15 years ago, Hau Dragon built 8 great robots. Each of the mecha represents a force of nature. However, before any of the robots could be used, their creater Kihara Masaki destroyed the robots except for the leader: Zeorymer. He took Zeorymer and an embryo to the government. The embryo became the boy Masato. Now, Hau Dragon has rebuilt the other 7 mecha and wants the 8th. It will be up to Masato and Himuro to pilot Zeorymer and fight against the Hau Dragon, but neither Masato or Himuro are all that they seem. (Source: AniDB)