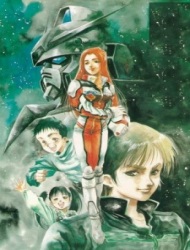 Plot Summary: The Side 6 space colony is a neutral oasis in the war between Zeon and the Earth Federation. Alfred Izuruha, a ten-year-old boy, finds relief from the tedium of schoolwork by following the war's progress and collecting military memorabilia. When rumors that the colony is hiding a Federation mobile suit development program bring Zeon special forces to Side 6, Alfred views them as a source of additional excitement. But, as the Zeon mission becomes more urgent and both sides take increasingly desperate measures, he might be in for an unexpectedly close look at the reality of war.