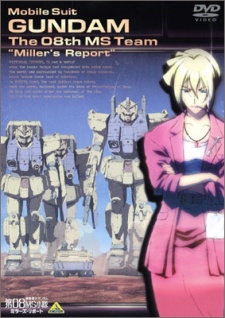 Plot Summary: Shortly after being rescued off the Himalayas, Federation Ensign Shiro Amada is accused of espionage due to his encounter with Zeon's top-secret mobile armor. Intelligence officer Alice Miller is assigned to investigate on Shiro's whereabouts during his disappearance. Her documented findings will determine whether or not Shiro is a traitor, and what his fate will be as commander of the 08th MS Team. (Source: ANN)