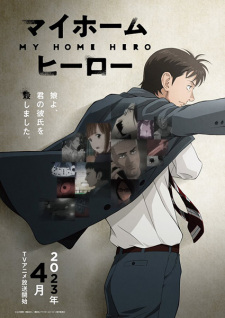 Plot Summary: Tetsuo Tosu, an ordinary salaryman, discovers his daughter, Reika, has been physically abused by her boyfriend, Matori Nobuto. Trying to learn more about him, Tetsuo uncovers Matori's scheme to extort money from Reika's wealthy grandparents, and finds out that he is a member of a crime syndicate, with a history of murdering his former girlfriends. Filled with rage and fear at the thought of Reika being in danger, Tetsuo ends up killing Nobuto, and with the help of his wife, Kasen, successfully disposes of the body. Now, as the members of the syndicate begin to question Nobuto's sudden disappearance, Tetsuo and Kasen must work together to ensure the safety of their daughter and prevent her from getting involved in the predicament any further.