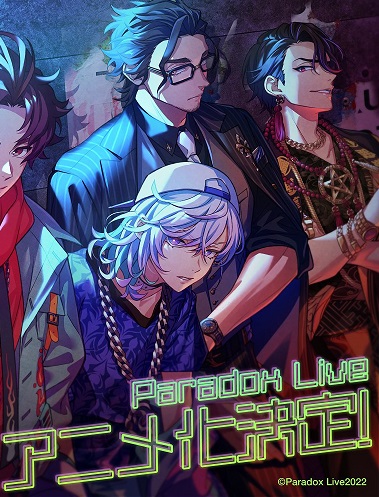 Plot Summary: The Phantom Live movement was reborn in the near future as a result of the incredible saturation of hip-hop culture. Rappers wear accessories made of Phantom Metal, a metallic substance. They create illusions linked to their emotions through chemical reactions with their own DNA, driving young people insane with spectacular stage shows. At the Paradox Live event, held at the legendary Club Paradox, four teams competed for supremacy: BAE, The Cat's Whiskers, cozmez, and Akanyatsura. Although cozmez won, the intensity of the battle won the hearts of legendary rappers Buraikan, sparking the start of a new event. Buraikan then traveled throughout Japan to spread the word about the new event: "This event will determine who will become the next legendary artist. There is only one requirement for participation: you must be a Phantom Rapper. Your position and title are irrelevant. Let's go, everyone." Beginning with this message, many intensely skilled contestants approached Buraikan, inspired by this message. Eight teams were chosen from among the best candidates. The fight is heating up, and the momentum will undoubtedly propel Phantom Live to new heights. Who will be the next iconic artist?

Other name: Paradox Live THE ANIMATION