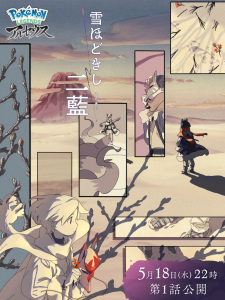 Plot Summary: The anime tells the story of a boy named Akio and his encounter with a Hisuian Zorua. When he was younger, Akio's father taught him that people and Pokémon cannot live together. But Akio's interactions with the Zorua might offer a different lesson.