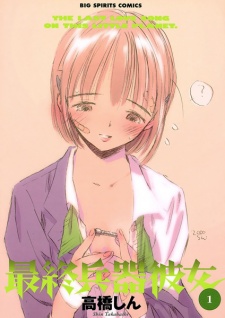 Plot Summary: Shuuji and Chise are third year students at a high school in Hokkaido. The shy Chise is finally confessing to Shuuji, and finally the two of them are starting to exchange diary awkwardly. One day, Shuuji tries to escape from a sudden enemy air raid on Sapporo. While desperately escaping from the air raid, Shuuji sees a scene that he could not forget for his life. He sees Chise, with a huge weapon looking as if it was part of her hand, shooting the enemy fighters down one by one. Apparently, Chise is the ultimate weapon with destructive power which is important for the war.