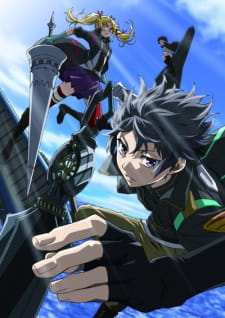 Plot Summary: The story takes place in a universe where countless parallel universes known exist. There is always a link — called "Prism" — connecting the modern world and these parallel worlds, and sometimes energy and substance comes through. One day, monsters known as "Eight" come from a parallel world and begin attacking. Humanity begins its counterattack using a power called "Skuld," which harnesses the power of tomorrow. The government gathers Skuld users into an army known as "Norn," but the Eight still wreak destruction over the years. Then, a boy named Asuma who can use an ancient weapon is discovered.

Other name: The Exciting Eight; 刹界エイトレイド