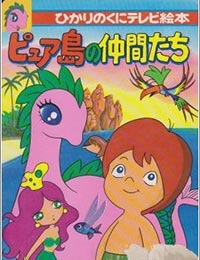 Plot Summary: Kona is a boy who has a friend: a pink dragon named Serendipity with a kind nature. They want to stop the evil captain who tries steal gold from their peaceful island. This video is the feature-length English dub consisting of episodes from the TV series, directed by Jim Terry (Force Five), that was released on home video in the United States in 1989 by Celebrity Home Entertainment.