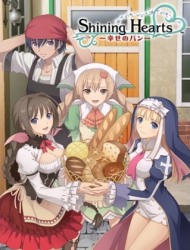 Plot Summary: One day, a mysterious girl named Kaguya was washed ashore the island of Wyndaria after a great storm. She encounters Rick, a swordsman who wound up working at the island's bakery. Apparently, Kaguya is suffering from having lost her memories and emotions. In addition, the usually peaceful Wyndaria is now swarming with pirates who came seeking for the special spirit stone that is worn around Kaguya's neck. Knowing the situation, Rick and his co-workers, Nellis, Amyl, and Aerie decided to bring back peace to island and help Kaguya regain her lost memories and emotions.