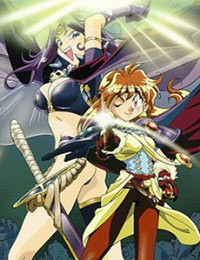 Plot Summary: In this prequel movie to the Slayers televison series, Lina Inverse travels to Mipross Island with her rival/traveling companion Naga the Serpent. While they originally came for the hot springs, they soon find them selves mixed up in a conspiracy involving a mazoku named Joyrock. Years ago, he killed all of the elves that inhabited the island and absorbed their power. They are soon joined by an old mage named Rowdy Gabriev, who was in love with one of the elves slaughtered and also wants to defeat Joyrock.