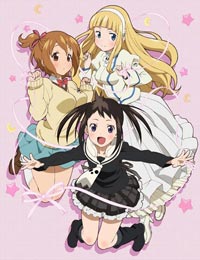 Plot Summary: Soul Eater NOT! is a side-story to the main series, focusing on a freshman halberd named Tsugumi Harudori, who befriends two other meisters, Meme Tatane and Anya Hepburn. All three take part in the NOT (Normally Overcome Target) class at DWMA and learn to control their powers in order to overcome their difficulties to have a normal life, as opposed to the battle-oriented EAT (Especially Advanced Talent) class taken by Maka, Soul, and their companions.