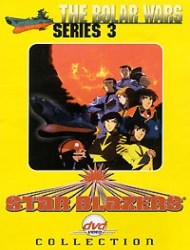 Plot Summary: A stray missile from a confrontation between the Galman empire and the Bolar Federation crashes into the sun, turning it into a time bomb of radiation. The Star Force once again sets off into space, this time on a quest to look for a new world for the human race.