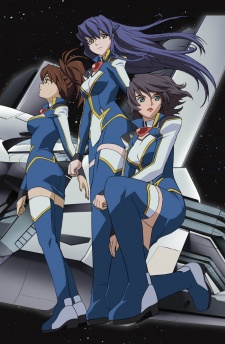 Plot Summary: For the 73rd class of cadets of the Defense University of the small planet Kibi, a shakedown cruise on the fleet's new starship "Amaterasu" is a fitting lead-up to graduation. As they are returning to their home planet, however, they are shocked to hear news of a declaration of war by the aggressive Kingdom against Kibi. When their planetary government surrenders without a struggle, the cadets decide to launch their own war, aboard the "Amaterasu". To gain funding, they make a deal with a galactic news network - and find themselves the "stars" of their own "reality show". Unfortunately, this is the kind of reality show that can get you killed...