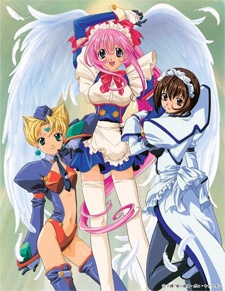 Plot Summary: During Japan's Taisho Era (1912-1926), a scientist named Ayanokoji developed the Steel Angel - an artificial humanoid with superhuman physical abilities. While the Imperial Army wanted to use the Steel Angel as a new means of modern warfare, Ayanokoji wanted his creation to be a new step in the future of mankind. Thus, he defied orders from the Army and secretly made the Steel Angel codenamed "Kurumi". Then one day, a young boy named Nakahito Kagura snuck into Ayanokoji's house as a dare by his friends and stumbled upon Kurumi's lifeless body. A sudden attack by the Imperial Army shook the house, causing Kurumi to fall on Nakahito. At that moment, their lips met, and Kurumi woke up from "the kiss that started a miracle".