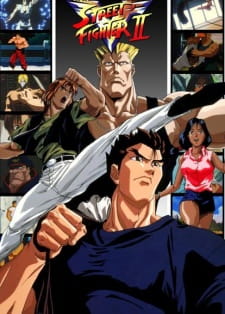 Plot Summary: Ryu and Ken Masters are close friends and both are martial artists. In order to become better fighters and learn new techniques, they travel the world and are exposed to many different fighting styles, as well as meeting new people. During their journey, they find themselves caught up in a conspiracy perpetrated by a mysterious organisation called Shadowlaw, both now face their ultimate challenge and must fight for their lives as they combat the evil M. Bison.