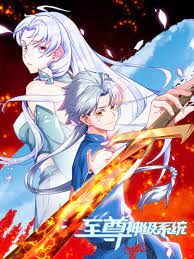 Plot Summary: After crossing over to another dimension, a young man from Earth gets help from a system that gives him all kinds of information about everything taking place in his new world. With so much knowledge at his fingertips, he seizes the opportunity to rise to the top! He cultivates incredibly powerful abilities and martial arts techniques that defy heaven itself! He also obtains all sorts of treasures, including miraculous medicinal pills and divine weapons that even the gods would fear! With all of this in his hands, the young man from Earth shall reign supreme!