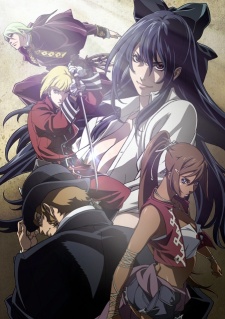 Plot Summary: In a world where dead people turn into books and are stored in the Bantorra Library where anyone who reads a book can learn their past, Bantorra Library is maintained by Armed Librarians who wield psychic powers and their enemy is a religious society known as Sindeki Kyoudan.