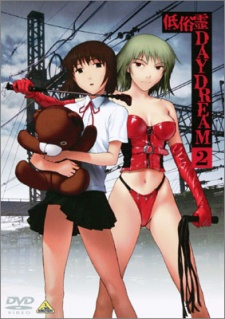 Plot Summary: Saiki Misaki has been able to see ghosts since she was a kid. Now, working at an S&M club, her spare time goes to sending the spirits off to the other world by having to make them realize they're dead and have to leave. This would supposedly be a little bit easier if you didnt have a background of hardship and loneliness... and a perverted employer.