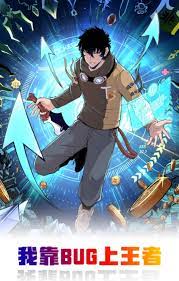 The King Of Bugs

Plot Summary: Song An is a down-and-out programmer at the bottom of the social chain. His daily work consists of fixing bugs for a game called [New World]. However, he secretly adds his own little Easter eggs in the game. Suddenly, the game somehow became reality. He has to rely on his understanding of the bugs in the game and the Easter eggs he had set up. Can Song An successfully counterattack?

The King Of Bugs