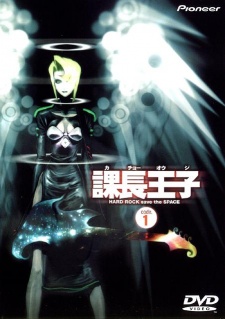 The Legend of Black Heaven (Dub)

Plot Summary: Oji Tanaka has a wife, a child and a mundane job as a salary man in Tokyo's modern society. But life wasn't dull for him to begin with; 15 years ago, he was known as "Gabriel", leader of a short-lived heavy metal band called Black Heaven. Oji's life gets a sudden change in direction when he is invited by a mysterious blonde woman named Layla to pick up his Gibson Flying V and once again display his "legendary" guitar skills, not knowing that his music generates power for a massive weapon in an intergalactic war.

The Legend of Black Heaven (Dub)