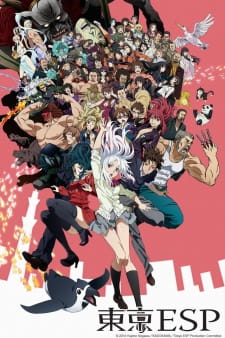 Plot Summary: The science fantasy story Tokyo ESP begins with Rinka, an extremely poor high school girl who lives with just her father in modern Tokyo. One day, she is going home from school when she chases a "flying penguin" to the top of New Tokyo Tower—only to have "fish swimming in the air" suddenly appear before her. One of the fish goes through Rinka and gives her extraordinary powers beyond those of normal humans, particularly the ability to slip through solid objects.