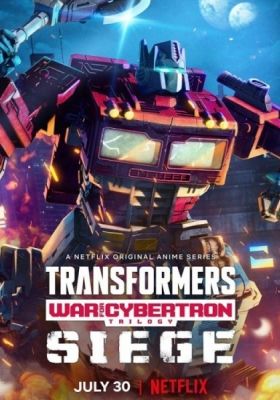 Plot Summary: Arc 1: "Siege" Cybertron has been ravaged by the civil war between the Autobots and Decepticons. In an attempt to end the conflict, Megatron considers using the Allspark as a last resort, but Optimus Prime wants to prevent that from happening, even if that means destroying Cybertron in order to save it. Arc 2: "Earthrise" The Transformers leave Cybertron in search for the Allspark, leading the Autobots and Decepticons to land over Earth. Arc 3: "Kingdom" After a freak time travel accident during their voyage home to Cybertron, the Autobots join forces with their descendents, the Maximals, against the Decepticons and their descendents, the Predacons, for the fate of prehistoric Earth and its surprisingly large amount of Energon.