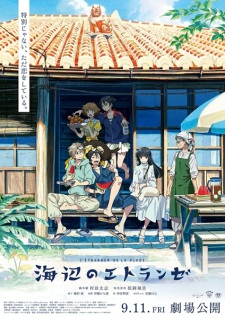 Plot Summary: Shun Hashimoto is an openly gay aspiring novelist living in Okinawa who was abandoned by his parents after coming out to them. Mio Chibana is a reserved, orphaned high school student, often found spending his time by the sea. One day, the two meet on the beach, and Shun is instantly captivated by Mio. The days fly by as they slowly begin to grow closer until Mio suddenly announces that he has to leave for the mainland. Three years pass before a 20-year-old Mio returns to Okinawa to confess his love to Shun. However, in those three years, Shun's life has changed. Will he be able to accept Mio's feelings and make such a commitment? As Mio boards the ferry, he promises to call and asks only one thing of Shun: to wait for him. Three years later with no call, Mio returns, declaring his romantic feelings for Shun—but why is Shun so hesitant?