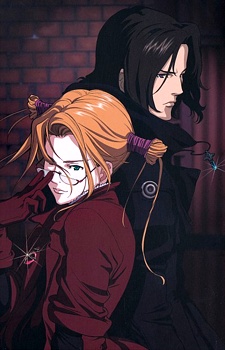 Plot Summary: Witches are individuals with special powers like ESP, telekinesis, mind control, etc. (not the typical hogwart and newt potions). Robin, a 15-year-old craft user, arrives from Italy to Japan to work for an organization named STN Japan Division (STN-J) as a replacement for one of STN-J's witch hunters who was recently killed. Unlike other divisions of STN, STN-J tries to capture the witches alive in order to learn why and how they became witches in the first place.