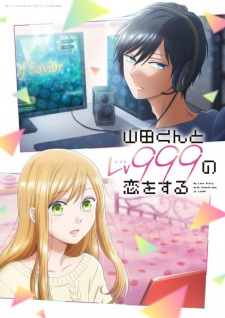 Yamada-kun to Lv999 no Koi wo Suru

Plot Summary: After her boyfriend cheats on her with another girl he met in-game, Akane Kinoshita learns the hard way that gamer boyfriends can be just as bad as the offline variety. As she vents her anger by beating mob monsters to a pulp, she has a chance encounter with Akito Yamada, a guildmate with an afro and Noh mask. Yamada is unsociable and curt, hardly the type of person to make Akane swoon. However, while his gaming stats might be maxed out, Yamada is inexperienced in matters of the heart, and against all odds, she finds herself moved by him. Making new friends along the way, can Akane shake the heart of Yamada, a final boss-level high school boy?

Other name: 山田くんとLv999の恋をする ; My Love Story with Yamada-kun at Lv999

Yamada-kun to Lv999 no Koi wo Suru