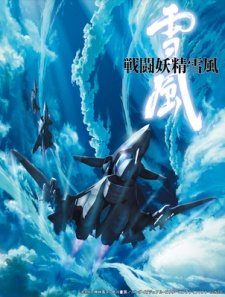 Plot Summary: This full 3DCG digital animation has story takes place in the far future after a pillar of huge fog appeared suddenly in the South Pole. This pillar, known as Jam, is actually a passage for an earth invasion. In order to oppose the threat, the United Nations established an earth defense mechanism. Fukai Zero is a hero registered to the main force of earth defense and the special 5th flight squadron. His reconnaissance plane, Yukikaze (windblown snow) is the best tactical reconnaissance plane. His job is to collect battle information return safely to the base with the information. But one day when he about to finish his duty, an unidentified machine attacked him...