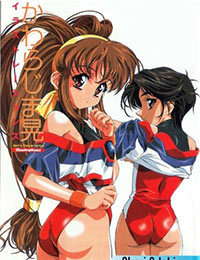 Plot Summary: It is the year 4999 - mankind has long abandoned war in favor of intergalactic competition through athletic events. One of which is an all-female contest for the coveted "Cosmo Beauty" title. Akari Kanzaki has just entered the University Satellite in hopes of becoming the latest Cosmic Beauty - a title held by her mother long ago. On her first few days in the university, she meets new friends, encounters fierce rivals, and struggles to become the best of all the Battle Athletes.