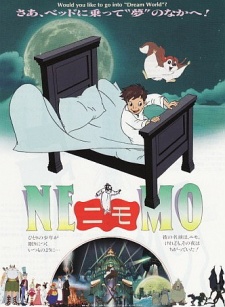 Plot Summary: Based on the classic Nemo comic strips by Winsor McCay. A pioneer of animation, McCay created the first Little Nemo animated movie in 1911. Hayao Miyazaki and Isao Takahata were attached to this project at first, but left due to "creative differences." Ray Bradbury is also thought to have left the project in its earlier stages. Little Nemo - Adventures in Slumberland is the first Japanese anime to receive a national (wide) U.S. theatrical release. (Source: ANN)